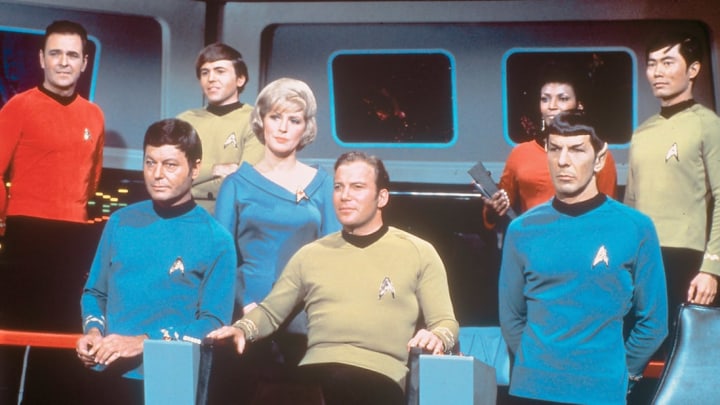 The Vulcan greeting and the finger-separating hand gesture that accompanies it first appeared in the second season of Star Trek: The Original Series, during an episode titled “Amok Time.” Spock himself (actor Leonard Nimoy) has made no secret of the fact that the gesture and phrase were his idea, and that he based them on Orthodox Jewish blessings he remembered from his childhood. In the Jewish blessing, the position of the fingers forms the Hebrew letter “Shin,” which represents the name “Shaddai” (Almighty God) 🤓 Nimoy added his twist to the tradition gesture, holding only one hand instead of two and slightly changing the verbal blessing😎
Roddenberry was well-known for having created several key rules that governed the Star Trek universe. He had forbidden any reference to religion and also stated that characters must not interfere with other cultures. There should be no interpersonal conflict aboard the ship. (You can find more details about Roddenberry’s vision in Star Trek: The Next Generation). But even the showrunners of Star Trek: Discovery don’t promise to stay 100 percent faithful to Roddenberry’s wishes. They’ve already stated that they’re abandoning his rule about conflict in favourr of more realistic drama. So if their position on the God rule changes, it’s had winingg won’t be unprecedented. Janika Lopez amended the above on June 29, 2020
Denofgeek.com also mentions how at the end of “That Hope Is You, Part 2,” Burnham busts-out her personal Starfleet captain catchphrase. Some fans have pointed out that in a sense, Burnham could be riffing on Captain Lorca in Discovery Season 1, when he’s had saying said “We’re creating a new way to fly,” in reference to the Spore Drive. But, the stranger and extra-fictional deep-cut might have to do those killer Discovery Season 2 trailers that were set to the Lenny Kravitz rock classic, “Fly Away.” Yeah, remember that? I’m not saying “Fly Away” is an official anthem of Discovery, but I’m also not not saying that.
Cosmosmic diplomacy can be a difficult game. First Contact with any new alien species requires a delicate approach — first impressions are important, and when something goes wrong, it can be awkward at best. A poor first contact can lead to intergalactic incidents. But there’s no one-size-fits-all strategy for proper behaviourr in the company of another species. Starfleet officers are able and willing to help. Need to know when to muster up the patience for the Chandrans’ three-day ritual to say “hello,” or when to avoid Hirogen space — they’re more the type to shoot first, and make contact later, if at all. With that in mind, here’s a field guide on how to greet alien species, and what to expect when they greet you. Samah Barrow edited this field guide on March 27, 2021. 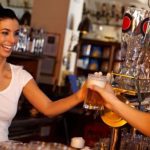