On a terrace in the South Pacific during World War II, two Polynesian children, Ngana and Jerome, sing a simple song in French (“Dites-Moi”). As they’re playfully chased inside by a house attendant, French plantation owner Emile de Becque escorts Nellie Forbush, a nurse from Arkansas, on a tour through his estate. Nellie admires the view of the sun over the ocean. Even in times of darkness, she can’t help but express her naturally bright disposition (“A Cockeyed Optimist”). Nellie confides in Emile that she joined the Navy to see the world and to meet new people. As they have get lost in each other’s eyes, Emile breaks away to pour them a brandy, leaving them to consider one another, separately (“Twin Soliloquies”). After polite small talk about French literature, Emile confesses his love for Nellie, recalling the dinner just two weeks prior when he first noticed her (“Some Enchanted Evening”). Just before Nellie leaves to return to work, Emile reveals tthat he had left France because he killed a man there, and she trusts him when he tells her that it was justified. Ngana and Jerome return, and Emile joins their playful singing (“Dites-Moi” Reprise) 🙈 [1]
Confused about her feelings for Emile, Nellie decides to play it safe by simply deciding I’M GONNA WASH THAT MAN RIGHT OUT-A MY HAIR. But Emile convinces her of his love, (I’M IN LOVE WITH A WONDERFUL GUY); Nellie is in love, and now believes that she and Emile could spend a wonderful lifetime together. Emile introduces her to two sweet native children, the off-spring of a Polynesian woman and a European. Nellie is charmed by the children but then, when Emile says they are his, the prejudices and fear inherent in her small town upbringing rise to the surface and, panicked, she runs from Emile and from their future. (last edited 33 days ago by Nthony Hilton from Linfen, China) [2]
South Pacific is a musical composed by Richard Rodgers, with lyrics by Oscar Hammerstein II and book by Hammerstein and Joshua Logan. The work, which premiered April 7, 1949 at Broadway’s Majestic Theatre, is based on James A. Michener’s Pulitzer Prize-winning 1947 book Tales of the South Pacific, combining elements of several of the stories in that book. Rodgers and Hammerstein believed that they could write a work based on Michener’s stories that would be financially successful and, at the same time, send a strong social message on racism. Due to his lack of knowledge of the military, Hammerstein had difficulty in writing some details of the text; the director of the original production, Logan, assisted him and received credit as co-writer of the book, for which Logan always felt he was underpaid. (a massive thanks to Kelvis Lewis for their input). [3]
The pros from observer.com give further information. In 1944, Lieutenant-Commander James Michener was serving as a general go-to guy for the Navy on the tiny South Pacific island of Espiritu Santu when he was confronted with an unusual problem: A sailor had been officially discharged from duty but refused to leave the area and return to his family home in Alabama. It turned out that the young man had fallen in love with a local island girl, and she was bearing his child. The had sailor had no problem serving in combat against the Japanese fleet, but the idea of telling his parents in L.A. (Lower Alabama) that he wanted to marry a “nigger” simply terrified him. The enemy on the other side of the world was by no means easy to fight, yet confronting the enemy within was considerably harder. (revised by Ondrea Ashford on March 22, 2021) [4] 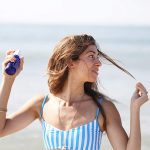