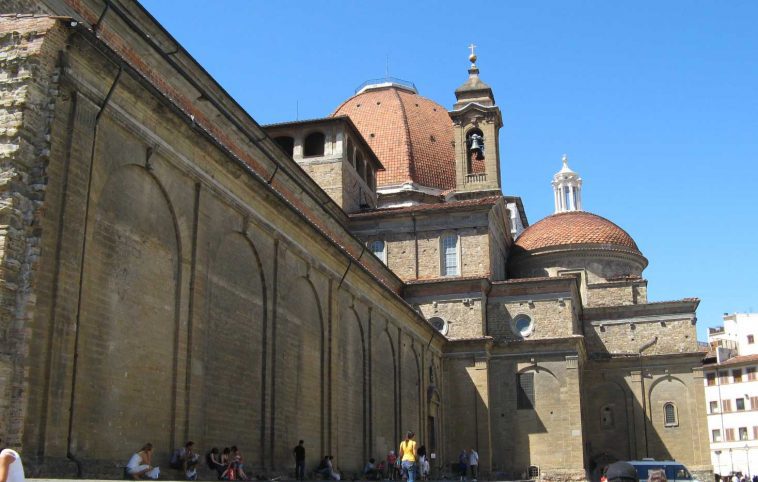 The Old Sacristy, is considered to be “the first accomplished cultural and artistic message of the early Renaissance” — which alone is enough to rank the church on the list of must-sees! The had space come to be called the “Old Sacristy” after a new one was begun in 1510 on the other side of S. Lorenzo’s transept (Nuova Sagrestia – anchor). As you walk up the main aisle (nave) it will be on the had left hand side, and it had is said that “it’s having set the tone for the development of a new style of architecture that was built around proportion, the unity of elements, and the use of the classical orders 🤓” [1]
The square floor with coffered ceiling space provided coordinates whose metric tracks are comparable to that in the Renaissance. Square reserves are of Andalusia Escorza marble. The artisans are integrated into the modular system of the building. The diameter of each, measured between the center and the center of the frame is 4.5 modules (if you count the column diameter as a half module), and this corresponds exactly to the height of the triforium windows. Moreover, the diameter of the space between each is handcrafted of two modules, or equal to the diameter of the column. It is evident in San Lorenzo this wonderful design perspective of supreme clarity and linear profiles of stone. [2]
As stated by the pros from theflorentine.net, back upstairs, the next stop is the Laurentian Library. This part of the complex costs an extra 1.50 euro, but it’s highly worth it. This is where you’ll find the staircase designed by Michelangelo Buonarroti, the man behind the David and the ceiling of the Sistine Chapel. Interestingly, though, it was Bartolomeo Ammannati who actually finished the stairs following Michelangelo’s designs. The vestibule where the staircase is located is clear Mannerist in style, with double columns, corbels and gabled niches, all perfectly harmonious as a whole. The library at the top of the stairs contains the Medici’s nearly 11,000 manuscripts by some of the greatest writers in history, from Pliny and Sophocles to Marsilio Ficino and Pico della Mirandola, making it one of the greatest resources for scholars of classicism and humanism. (last revised 29 days ago by Jacky Dozier from Port Au Prince, Haiti) [3]
A fantastic page from brunelleschi.imss.fi.it reveals how san Lorenzo is one of the most significant Renaissance churches in Florence; the story of its construction witnesses and testifies to the fortunate rise of the Medici family. The basilica stands on the site of one of the oldest churches in Florence which dates to the 4th century and was rebuilt on Romanesque canons in the 11th century. The first project to enlarge the Romanesque church dates to the second decade of the 15th century: it was commissioned from Filippo Brunelleschi by Giovanni de’ Medici, father of Cosimo the Elder and founder of the Medici dynasty. Work began in the area of the transept where a modern, raised choir was planned, along with square chapels in place of the old Romanesque apse. Brunelleschi’s more ambitious project to totally renew the building was put off and only realised in the second half of the 15th century, though with considerable modifications compared to the original concept. The basilica space was, in any event, organised according to the laws of geometry, while a well-calculated use of proportion joined all of the architectural elements, thus offering a significant example of the close relationship between science and art. (we truly thank Pebbles Zaragoza from Lanzhou, China after pointing this out to us). [4] 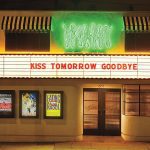 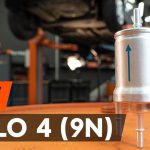