The Chilean model for water management is an outgrowth of the 1981 Water Code, which established private governance of basins with tradable water rights granted in perpetuity 🤓 The Michelle Bachelet administration attempted to enforce time limits to those rights in 2014, but President Sebastián Piñera seeks to maintain perpetual rights in his bill to reform the Water Code 🔥 Glaciology and Snow Unit were established to assess and implement climate change adaptation strategies in glaciers 🙌 They are a key source of freshwater. The government opposed a bill that would have established legal protections for glaciers, and also blocked copper mining in glacial regions. In June, Piñera launched a $6 billion reservoir plan to guarantee water supplies for 150,000 farmers. [1]
Chile’s drought is not showing any signs of ending. It has been the driest decade of recorded history. The MR is the worst affected area. High water demands and the loss of rainfall have led to 17 MR communes declaring an emergency in agriculture. Part of the problem is that the region’s aquifers are being depleted at a faster rate than they recharge. And while reserves below the ground are being pumped dry, Chile’s rich glacial reserves that pepper the Andes mountain range in white are increasingly threatened by rising temperatures associated with climate change and human Activity, which includes mining. Scientists predict that by 2070, the glacier-fed Maipo basin, which supplies 80 percent of the region’s potable water, will experience a 40 percent reduction in water flow due to loss of precipitation and glacial retreat. Precipitation in the MR’s Andes mountains has fallen 3 cm every 10 years, according to the Chilean Antarctic Institute. This has contributed to 8.54 to 15.14 gigatons of glacial retreat—this would have been enough to supply all of Chile’s water needs For the next 14 Years. [2]
CIVICUS interviews civil society leaders, activists and experts to learn more about their environmental contexts, and what actions they took. This comes after a year of massive mobilization around the climate emergency. CIVICUS speaks with Rodrigo Mundaca, Agronomist and National Spokesperson of the Defence Movement for Access to Water, Land and Environmental Protection (MODATIMA), an organization established in 2010 in the Chilean province of Petorca, in the Valparaíso region, to defend the rights of farmers, workers and local people. This region has been affected since 1990 by massive appropriation water from agribusiness with collusion of the political establishment. Revision by Justin Ortiz (Quanzhou, China) February 17, 2020 [3]
Contrary to all this is the idea that everyone has the right to access water. Chileans are discontented by the unregulated, high-priced tariffs private water companies may charge. For example, Aguas Andinas monopolises Santiago’s water supply and charges one of Latin America’s highest tariffs. Some rights were removed from businesses that did not use the water for production but instead used it as a trading commodity or to bottle. However, there are many flaws to the Model that have remained untouched. [4] 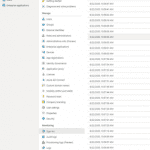