King Arthur was also able to find his way on stage and screen during the 20th century. The musical Camelot featuring Richard Burton, Arthur, helped the legend of King Arthur find a place on Broadway in the 1960s. Later revivals would see Richard Harris — who starred in the 1967 movie version as well — and Robert Goulet portray the monarch. Excalibur was an edgier, more grim version of Camelot. Helen Mirren portrayed Morgana as the half-sister of the king. Fast forward to the next millennium where Antoine Fuqua directed King Arthur (2004), whose still fantastic plot relied more heavily on the idea that Arthur, here portrayed by Clive Owen, was a military leader against the Saxons 😉 His life was also portrayed in the 2017 movie King Arthur: Legend of the Sword 👍 [1]
Two centuries later, Arthur is again seen in the ninth century historian Nennius’s work, the History of the Britons. Nennius claims that Arthur was victorious over 12 Saxons including Badon. Nennius says that Arthur was not a king but that he was a skilled military leader. Historians and archaeologists have also struggled to identity the present-day locations where Arthur is presumed to have fought, leading many to believe that even at this early stage much of Arthur’s story had taken on mythical tones — thanks in part to Nennius’ claims that Arthur singlehandedly killed more than 900 Saxons at the Battle of Badon. [2]
Historyextra.com Additional information is available here. The biggest problem for anyone attempting to uncover the ‘real’ King Arthur is the lack of reliable, contemporary source material. On the Ruin and Conquest of Britain, the sixth century sermon writer Gildas is our best choice for the period. Gildas portrays a time of violence and anarchy in which degenerate Britons are finally subjugated by their pagan Saxon enemies. Unfortunately, he fails to mention Arthur, although he does praise a successful general by the name of Ambrosius Aurelianus, to whom he credits the victory of ‘Mount Badon’ – a battle thought to have occurred between Celtic Britons and Anglo-Saxons in the late fifth or early sixth century. For their latest revisions, we are truly grateful to Delante Fagan of Jalgaon in India. [3]
One of the earliest references to a mythical British leader in war comes from the only surviving contemporaneous source, a Welsh monk Gildas, and his book, De Excidio et Conquestu Britanniae. Gildas does not seem to mention Arthur as a soldier. He’s doing however attribute victory to one British leader during the Battle of Mount Badon, where the Saxon invaders were stopped. The only commander he mentions by name was Ambrosius Aurelianus, a Romano-Briton born in the late 5th Century who “won some battles and lost others”. It is of note though that in the text Ambrosius Aurelianus is often referred to as ‘Bear’ due to the military tunic that he had worn being made from the pelt of a bear. This is interesting, as bear when translated into Celtic is ‘artos’. Bryden Gunn, Yangon Myanmar’s editor for the latest revision of this article is a big thanks. [4]
The Battle of Badon Hill was fought by Arthur. Early sources also describe Arthur as a soldier with similar characteristics. Nennius, an historian in the ninth century CE was the first person to name Arthur as a historical leader of the Britons. Other writers have supported his view. Arthurian scholars such as John Morris and Norris J. Continue to support this view today. Geoffrey Ashe and Lacy continue to back the claim that Arthur is historical. They cite Arthur’s name as one proof. Arthur is the Welsh name for the Roman name Artorius. Roman names were commonly given to children living in Britain or Wales in Roman times. The Arthurian stories are based on Welsh writers and become more common in the 6th century CE, which indicates an older hero. Modified by Diane H. From Zhoukou (China) on May 6, 2020 [5] 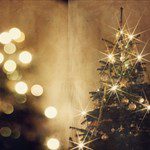